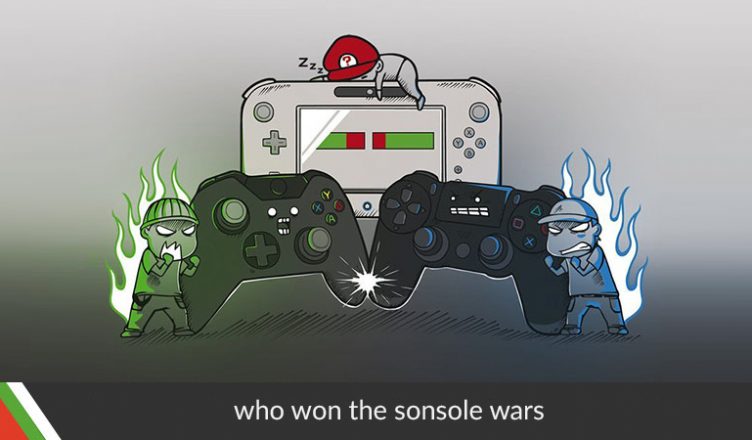 If you think back to 2013, you’d remember the intense battle between two giants, Microsoft and Sony, when they were first releasing their flagship products and the successor to the Xbox 360 and PS3, the Microsoft Xbox 360 and Sony PS4. Intense discussions and arguments were made on what system was going to be superior, what was already superior and who will come out on top.

Preceding the releases, one company had a more difficult marketing campaign than the other. Microsoft botched several things in their campaign for the Xbox One with their “always-on-console” that was to use discs as licenses, something that they back-peddled on. The launch too was criticized for having the Xbox sold at $500 for 500GB and the flawed technology of the Kinect. For comparison, the Xbox One now sells at $299 for the same specifications.

In the following years the two consoles went up head to head and the PS4 always seemed to slide up ahead. Why was this? In an age where exclusive games and content becomes more of a rarity, more more games have been exclusive only to Sony who have been annihilating Microsoft in the game library, and they don’t seem to be stopping any time soon.

But What About Halo 5?

Yes, Halo 5 was a good game and yes, the resurrected Gears of War series with Gears of War 4 was also enjoyable along with Forza that is now at the centre of racing games. But, these are all games that we’ve played 3 times before. Even with the new Dead Rising: Dead Rising 4, we’ve played these games before in similar formats and similar structures, so there’s really nothing new.

If we walk over to the Sony side, the list of exclusives is a long and impressive one. Uncharted 4, The Last of Us 2, The Last Guardian, Horizon Zero Dawn, Bloodborne, and God of War 4. These games are all game of the year worthy and Sony isn’t pulling any punches to release further ‘game of the year’ type titles.

Whats The Issue For Xbox One Here?

Well, a few things. The first issue is the one I’ve mentioned before. Microsoft focuses on and releases titles of past and beloved games. Not that there isn’t anything wrong with a new Gears Of War game, but Gears of War 4 didn’t really impact the story of the series and carry it on in a meaningful way.

Sony on the other hand, while still producing sequels to their beloved series, try to top themselves I the sequels they release. Take Uncharted 4 for example, a series that can’t be topped by any game yet every rendition of series proves that point otherwise.

Developers seems to come under restrictions under Microsoft as more and more titles get canceled and improvements on existing titles aren’t a priority.

Although there is absolutely nothing wrong with Microsoft’s Xbox One, the PS4 simply takes the cake here for a far better gaming experience.