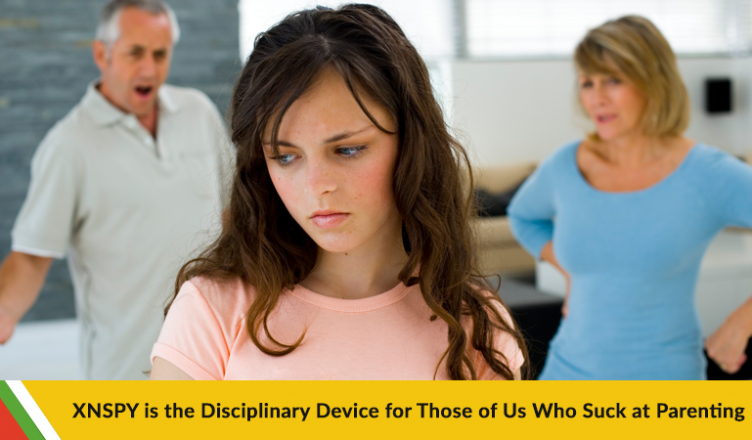 Recently, a mother wrote to us with her interesting story which goes to show that even the most perfect of children are not without their problems. This is her story in her own words…

I’ll be the first one to admit it—I’m not a strict mother at all. In fact, I believe that strong mother-daughter (or parent-child) relationships are those that are built on trust and friendship. And thankfully, I’ve been blessed with a beautiful daughter who has never caused mayhem in the way other girls her age do. She does exceptionally well in school… there have hardly been any instances where she did not pull straight As. She is a star lacrosse player and on top of it all, she also volunteers at our town’s only veterinary clinic every week.

You get the picture. My daughter is every mother’s dream. Who would think that a 15 year old could bring home no trouble? But as good as she is, she is a teenager. If she doesn’t find trouble, trouble finds her. Which is why I sought help with your brilliant remote text spy, XNSPY.

My blissful days, void from teenage drama and scandal ended when I realized that my daughter has stopped going to lacrosse practice. I didn’t give it much thought at first. I assumed she was tired or needed to get back in shape for the next game. But then a week went by and then another. By the third week I brought it up at the dinner table and she all but shut me out, claiming she did not enjoy lacrosse anymore.

Now, I understand the fickle teenage mind. I know that kids find something new to fawn over on a daily basis. But my daughter has been a lacrosse star since middle school and not by someone else’s doing. She loves being part of the team. She takes pride in it. The coach loves her, the school loves her. She was banking on the fact that she will get into a good college because of her skill.

Right there is when I knew something was wrong. There was no way my daughter would suddenly give up on something she had worked all of her young life to achieve. So I installed the XNSPY app on her phone so I could get into her mind. If she wouldn’t tell me in simple terms what was up, you can bet that I would do everything it takes to find out.

As soon as I installed the app on her phone, I began to track her messages. I thought to myself, “Maybe she would confide in her friends if she isn’t confiding in me.” I know teenagers can feel like their parents don’t understand their problems. I’m ashamed to say that I wasn’t prepared for what I would find.

All this time, I thought something was wrong with my daughter. That it was her causing the problem, her being moody and fickle and giving up on her dreams. Never did I imagine that she was being ganged up on and bullied by her new teammates. Threatened by her skill, some of the girls on her team were being particularly mean to her. She was then left in school with no friends and miserable. Any conversation she had with her mates was one of mockery and threats. This had carried on to her text messages. The mean girls were taking every chance to put her down.

And this was all for the team captain spot. I couldn’t imagine a bunch of 15 year old girls being cunning enough to alienate my daughter like that. I know sports are competitive and sometimes kids can face off against one another. But what was contained in the messages was more than simple rivalry. It was bullying. Those were threatening messages, hurtful words and exclusion happening to my daughter. I would never have known any of these things if I hadn’t used my text monitoring app.

So what did I do now that I knew what was happening?

I had a long, informative chat with her coach. I explained to her what was happening and how my daughter wanted to quit lacrosse altogether because of that. The coach then got all the parents together and helped us set up an a No Bullying Policy for the team. They communicated this message to their children. I did the same—just because my daughter was the victim this time did not guarantee that she’d not do something like this herself. Bullying is a vicious cycle, you see. And us parents had to be the one to put an end to it.

I also introduced all other parents to my remote text spy app I’ve been using. Before I knew it, it became the discipline tool I never knew I wanted! Like I said before, my daughter had never given me cause to conduct excessive monitoring on her. But as she was growing up, I knew she would experience new things and find herself in situations (such as this one) where she wouldn’t know how to behave. Now that I know what happens in her life in real time (by her telling me and by me monitoring her with XNSPY), I can be there for her when times get tough.

It is not always the children’s fault if they happen to find themselves in a sticky situation. Sometimes, parents have to take the blame for not being cautious enough. I never knew I needed parental control but now that I have it, I can’t imagine parenting without it.

Do you have a parenting tip or a story of your own to share? Leave a comment below or write to us to be featured on this blog!