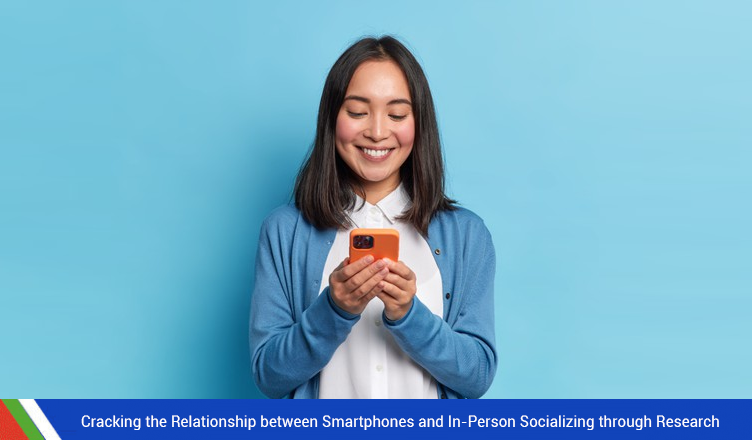 Smartphones are a ubiquitous gadget that 77% of the Americans own according to Pew Research’s February 2018 Mobile Fact Sheet Update. The survey also tells us that 94% of the Americans under 30 own a smartphone. These phones keep them constantly online due to the massive use of internet and social media. Around 70% of the smartphone users in the U.S. are engaged over social media. So most of the U.S. citizens are walking around with a social life in their pockets.

Social scientists and psychologists have always emphasized the importance of social connections with regards to our social and psychological well-being. But if you presume that social interactions over the internet and social media are synonymous to real-life interactions, you’re pretty much wrong about it!

Some people believe that smartphones and social media, in particular, play a positive role in maintaining a healthy social network and staying connected with others. This feeling of connectedness enhances our sense of happiness. But what the research says about the role of smartphones in our face-to-face interactions? Let us find out.

Do people use the cell phone to avoid social interactions?

According to a national survey on mobile etiquette, 89% of the participants acknowledged to using their cell phones during a recent social interaction. But did they use the phone to avoid the interaction? The respondents’ opinion was quite different, at least in this case. This survey revealed that people use their cell phones during those personal interactions to boost this experience not the other way around. They believed it quite relevant to post a picture of the present social gathering on social media.

But can everyone be the same? Definitely not. Some people are bad at multitasking. For those people, cell phones are a cause of distraction during face-to-face interactions. Another research has revealed that a partner feels unsatisfied and ignored if the other one uses a cell phone during the conversation. This is also termed as phubbing. Phone snubbing is often used by people to ignore a person during in-person conversations and is becoming increasingly common among couples.

Then there is a rule introduced by an MIT professor, Sherry Turkle. She has come up with “The rule of three” after her years of observation on social interactions. The rule says that in a gathering of five or six people, if at least three other people are paying attention to the speaker, then it is OK to check your cell phone. But this rule may also render the conversation superficial, a fact shared by the writer herself. Smartphones can be a real turn off sometimes. In fact, one research suggests that just having a cell phone in front makes a conversation less meaningful for some people.

In another research, researchers tried to find what role a cell phone played in determining the success of an interaction if it was used during the conversations throughout the day. In order to find how satisfying those conversations were, researchers tested two opposite possibilities:

This research reiterates the evidence that face-to-face and remote interactions do not mix. However, we must not generalize these results. Just because people are in a bad mood or feel less connected when they are multitasking during a conversation, does not necessarily mean that multitasking is the real cause of bad in-person interactions. It could be the other way around. We are more likely to look at our cell phone if a conversation is boring in the first place.

Both these explanations could be right. If you did not find an interaction important or pleasant, you are more likely to turn to your phone during this time. It is also possible that if you pull out your phone during an interaction, it may suck the energy out of it. In either case, it would be better if you avoid using your cell phone, or, at best, limit its use the next time you go out with friends or family.