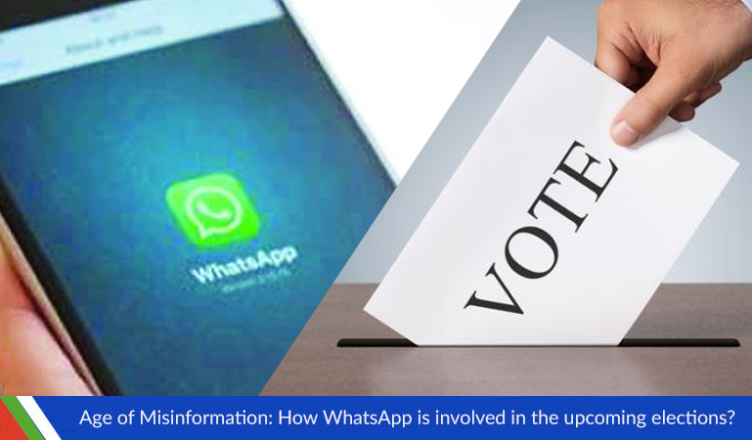 In the age of misinformation, WhatsApp is a key player in spreading fake news. Last year, India saw multiple cases of public lynching resulting in deaths of over 30 people. Separate incidents in Jharkhand, Chennai, Assam, Maharashtra, Gujrat, Andhra Pradesh, Bengaluru saw the public rally against innocent people—individuals with the suspicion of being child abductors.

But how did it become a nation-wide incident?

A video was heavily circulated on WhatsApp where two people, on a motorcycle, bundled away a child. The caption said that these people were on the loose. Wherever the message was sent, it was adulterated to show the clip belonging from the area.

The result was that people grew suspicious of strangers and outsiders which led to massive mob violence across the country.

Where did the video originate from? It was a public service message from our next door neighbor: Pakistan. The video was heavily altered to fit the description of the area where it was circulated.

The common thing among these unfortunate individuals was that they were outsiders; they didn’t belong to the community and had no way of verifying their alibi.

Public sentiment regarding child kidnapping is understandable but these cases unearth ugly realities. One of which is how the public deems it fit to take the law in their own hand. And the other is how fake news spreads in the matter of a few seconds, without verification of its source and authentication of its content.

These separate incidents were unorganized, fueled by misinformation and reconstructed messages. Imagine if the same happens on a larger scale. It makes you wonder: What will the repercussions be, in that case?

Steps taken by WhatsApp to limit the spread of fake news

The reasons why spreading rumors, fake news, hate-speech on WhatsApp is prevalent is because instant messaging applications allow users to share messages within a few seconds.

However, after facing a backlash from the Indian Government, WhatsApp changed its policy to forwarding messages to only 5 people at a time. This is an attempt to reduce the spread of fake news. Economic Times reported that this resulted in a 25% reduction on forwarded messages during the testing phase. As of January 21st, 2019, this feature has been implemented globally – messages on WhatsApp can now only be forwarded to 5 chats at a time.

Furthermore, WhatsApp has been campaigning with the slogan, “Spread Joy, Not Rumors,” in an effort to stop the flow of fake news on the platform.

With over 200 million WhatsApp users in India (and the numbers keep growing), will these measures be effective in curbing the spread of fake news on the platform?

More needs to be done in checking whether the reliability of news before it is disseminated.

In one of the biggest markets of WhatsApp, exacerbated by cheap data connections, there is no stopping to the spread of fake news.

WhatsApp is not the only application involved in the spread of fake news. Another example is that of Facebook. In the US Presidential Elections, Facebook paved the way for Russian accounts spreading false information. This led to a widespread debate of how social media has become an integral part of state affairs and how proper legislation needs to exist for these platforms.

So it’s not just one application that is the problem—the problem is deeply rooted in how social media applications work. Social media provides a wide network for people to socialize with, but it is also a catalyst for misinformation in our day and age.

Forming public opinion is just a matter of hitting the share button. No one knows the consequences it entails.

So who is to blame?

If this never-ending cycle goes on, it could have a drastic impact on the upcoming elections.

Last month in February, WhatsApp’s head of communication, Carl Woog stated that political parties have abused the WhatsApp’s policy. Carl Woog went on to say that WhatsApp end-to-end encryption would not be scraped to trace the source. He said that is was “not consistent with strong privacy protection.”

Furthermore, as the elections draw near, the application will make use of machine learning algorithms to find misleading messages. In addition to this, WhatsApp has resorted to banning accounts that are abusive and are known for sending automated bulk messages.

In a report by the New York Times, a BJP Youth leader was assigned to motivate 60 voters to vote for BJP. Mr. Bhat was successful in persuading 47 of these voters using WhatsApp. He says that WhatsApp has been a successful tool for him in election campaigns.

Already, the use of WhatsApp has caused polarization among voters. Fake news is meant to alter public opinion to further the motives of one party while undermining those of another.

Fake news circulated on the internet prohibits a person to see the truth in order to make decisions. This has consequences in the real world.

Hiding the truth and presenting falsehood can have repercussions. People like you and me are to blame for this as well. How many times have we forwarded an urgent message without verifying the source? In the digital age, we need to acquaint ourselves with “digital literacy.”

The need for digital literacy

When it comes to broadcasting news using social media applications, such as WhatsApp, it is difficult to find the source because the content shared on WhatsApp is usually first downloaded and then shared which doesn’t leave a strong digital footprint. However, users of the application should be informed of the gravity of sharing unauthenticated news and information that they share with friends and family.

Apart from this, there is a need to educate the public about identifying fake news from an authentic one by questioning the validity of its source.

The mob lynching cases are a classic example of how misinformation can lead to dire circumstances. While everyone has the right to express their opinion, spreading falsehood is wrong; and people who misinform others are among the perpetrators of this crime.

Other than educating people on conducting themselves in the digital space, the Government needs to take legislative measures in containing the spread of false news. By recognizing that spreading fake news is a crime and punishing those who spread fake news through the law, it could prevent incidents like the mob-lynching cases.

But these measures will take time to register. Until then, we can only hope that all goes well in the upcoming elections.